The 40 singers of the Choral Artists of Sarasota lift their voices to celebrate the organization’s 40th season in “From the Heart,” a concert featuring Johannes Brahms’ “A German Requiem,” one of the one of the most inspirational works of the 19th century. The concert also features William Averitt’s “Over Jordan,” a setting of four spiritual pieces that contemplate the ecstatic journey into eternity.

This performance also includes the voices of two soloists, baritone Marcus DeLoach, and soprano Jenny Kim-Godfrey.  “Both are well known to our audiences,” says Holt. “Jenny lives in Parrish and has been a member of Choral Artists for several seasons. She teaches at University of Tampa and is on staff with the Sarasota Pops Orchestra. Marcus has performed with Choral Artists several times and is on the faculty at Temple University in Philadelphia. He was one of the handpicked singers that Marilyn Horne chose for her vocal institute.” 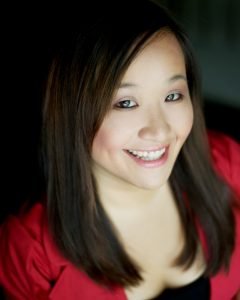 An active proponent of the arts in the Tampa Bay area, Kim-Godfrey made her company début with St. Petersburg Opera for the 2014/15 season as an Emerging Artist covering Berta in Il Barbiere di Siviglia. She returned to the St. Petersburg Opera as a featured soloist on its “Seasonal Sparkle” Holiday Concert series and sang the title role of “Jenny Lind” with Choral Artists of Sarasota (formerly known as Gloria Musicae) for the Florida Premiere of Libby Larsen’s chamber opera Barnum’s Bird in April of 2016. Summer of 2016, Jenny made her début with Florida Lyric Opera as Luigia in Donizetti’e Viva La Mamma, was part of the world premiere performance of Tom Sivak’s “Doctor Dilligaff’s Baboon” (winner of the 2016 Rapid Returns Grant) and enjoyed a return engagement with the Choral Artists of Sarasota as the soprano soloist for the Poulenc’s Gloria in spring 2017 under the baton of Dr. Joseph Holt. Jenny was a featured soloist with the Artist Series Concerts of Sarasota’s La Flûte Enchantée program in spring 2017 and returned to the series twice in 2018 in concerts featuring classical guitarist Dr. Jonathan Godfrey (as part of the Classical guitar-soprano duo Corda Voce), mezzo-soprano Robyn Rocklein, and pianist Dr. Joseph Holt.

Jenny made her company début with Opera Tampa as a featured soloist in “An Evening with Gilbert & Sullivan” in the summer of 2018, and is a regular performer as an Opera Tampa Singer for the 2018/19 season. Most recently, Jenny made her Regional Theater debut as Mrs. Squires in The Music Man at Asolo Repertory Theatre in November 2018, and returned as a featured artist (Corda Voce) with GuitarSarasota concert series in January. Jenny is ecstatic to return to the Choral Artists of Sarasota as the soprano soloist for the Brahms’ Requiem, and will be making her debut with The Florida Orchestra as the soprano soloist for Mendelssohn’s A Midsummer Night’s Dream later this month.

In addition to her work as a performer, Kim-Godfrey is one of the SunCoast’s most in-demand voice teachers and is currently on the faculty at The University of Tampa as an adjunct professor of voice, and holds her Master of Music degree in Vocal Performance from the Indiana University Jacobs School of Music, where she studied with Mary Ann Hart and two-time Grammy Award winner and Emmy Award-Winner Sylvia McNair. 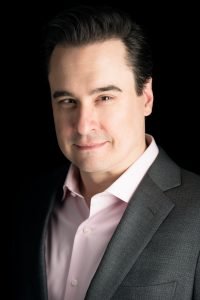 American baritone Marcus DeLoach has been hailed by Anthony Tommasini of The New York Times as “a fine baritone who puts words across with clarity and naturalness.” A leading performer of contemporary classical vocal music today, he has established himself in the areas of opera, concert, and cross-over.

Following his debut at Opera Philadelphia as Bill Owens in the East Coast premiere of Jennifer Higdon’s Cold Mountain in 2016, DeLoach received critical acclaim for his creation of the roles of Senator Joseph McCarthy in Gregory Spears’ Fellow Travelers at Cincinnati Opera, and the Minister in Missy Mazzoli’s Breaking the Waves at Opera Philadelphia. He reprised both roles for their New York premieres at the PROTOTYPE festival in 2017 and 2018, and went on to make his Lyric Opera of Chicago debut as Senator McCarthy in Fellow Travelers in the spring of 2018.

In1997, DeLoach was unanimously voted the first place winner of London’s inaugural Wigmore Hall International Song Competition. Of his singing, Hilary Finch of The London Times has written, “A well- groomed voice, a flair for programme shaping, a fervent desire to communicate, and, above all, that elusive fusion of instinct and understanding which sparks a quality of imagination transcending mere accomplishment.” He has also appeared regularly in recital with The Chamber Music Society of Lincoln Center and The Marilyn Horne Foundation.

With a deep commitment to the creation and promotion of modern opera DeLoach has created principal roles in the world premieres of Spears’ Fellow Travelers, Mazzoli’s Breaking the Waves, Wiesman’s/ Hoiby’s Darkling, Beeferman’s The Rat Land, Drattell’s Lilith and Marina: A Captive Spirit, and Schoenfield’s The Merchant and the Pauper. DeLoach has also recorded several CDs of modern operatic works including Spears’ Fellow Travelers, Scott Wheeler’s The Construction of Boston, and “Scenes from Jewish Operas 2” with Gerard Schwartz and the Seattle Symphony.

In 2004, he joined the acclaimed rock group Trans-Siberian Orchestra for their rock opera Christmas Eve and Other Stories in a national tour, which included Madison Square Garden and the Fleet Center, performing for an estimated audience of a quarter million.

DeLoach holds both Bachelor and Master of Music degrees from The Juilliard School and a Doctorate of Musical Arts from Rice University’s Shepherd School of Music. He has also attended The Britten-Pears School, New England Conservatory, and The Music Academy of the West. The Opera Index, Albanese- Puccini, Rosa Ponselle, Liederkranz, and George London Foundations, the Young Concert Artists International, The National Foundation for Advancement in the Arts, Metropolitan Opera National Council, and The Gaddes Fund have all honored him for his outstanding achievements and artistry. 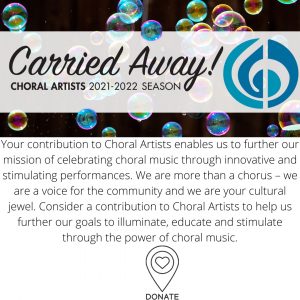