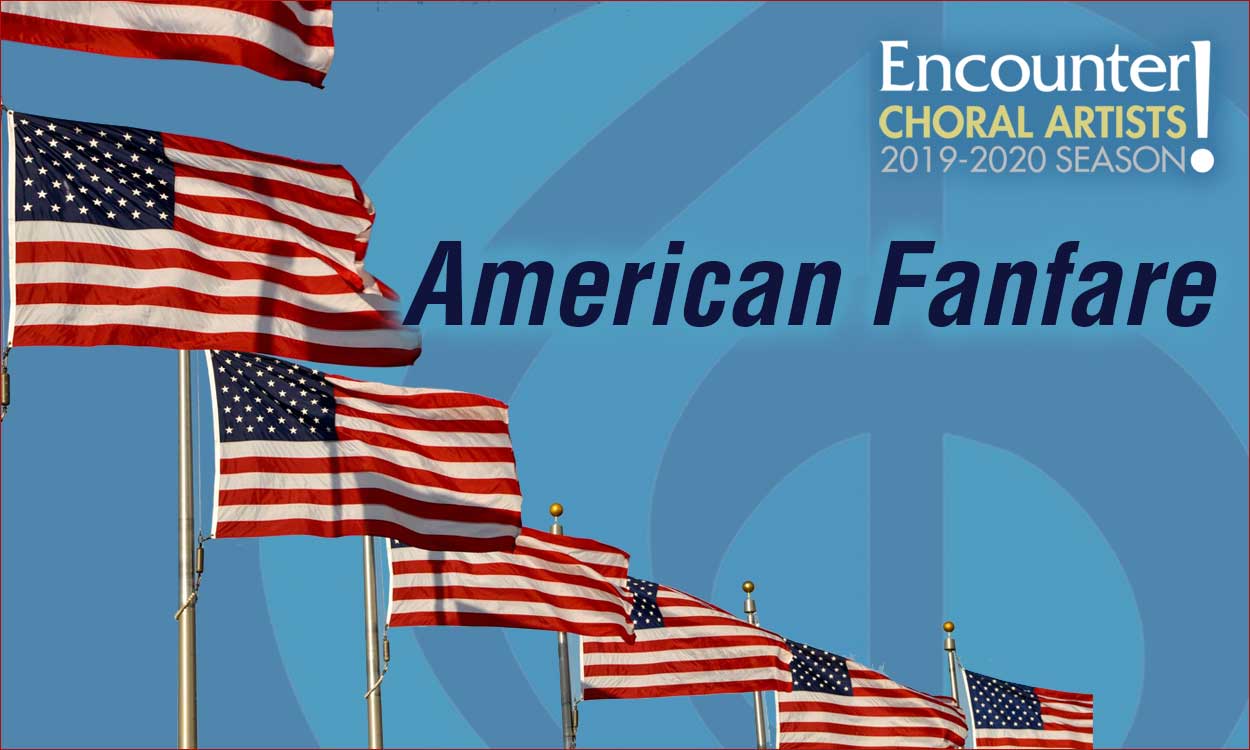 Celebrate Independence Day with this annual display of vocal fireworks set off by a program of inspiring patriotic songs and marches. The patriotic fervor lives on through Choral Artists of Sarasota!

“These annual concerts presented by the Choral Artists can’t be thought of or treated only as concerts because they are events. Events that have, or should have, a special meaning to everyone present.

That afternoon, for a brief two hours, this group of some 1,200 performers and the audience seemed to dismiss all feelings of partisanship, military might, bluster, innuendo and storm clouds to relish the feeling that “we are all Americans, and we love our country.” Music can do that to people, and that’s why we need it now more than ever.” ~ Edward Alley, July 9, 2019

“Our heritage begins with John Ringling as the successor organization to the Czecho-Slovakian National Band which he brought to the community in 1925. We know this from the plaque in St. Armand’s Circle that names our group as the first element to be established in his quest for making Sarasota a city of “Seven Virtues” with Music as the first.

In 1954, the current structure was created by Arthur Rohr, a legend within the Sarasota arts community. We began playing 10 to 12 free concerts per year, from November to May. Over the years we’ve performed in a variety of locations … often to record crowds … and have expanded our season through July!

Our popularity? Examples of audience attendance include such concerts as the Lido Beach Casino from 1957-1960, where there was standing room only. We started performing in the Ringling Museum Courtyard from 1960-65, attracting crowds of 6,000 to 8,000. Those were free Sunday afternoon concerts.

In June 1973, we began performing at the new Van Wezel Performing Arts Hall. That first year the Band presented a “Tribute to Merle Evans,” which broke the attendance record at Van Wezel.”