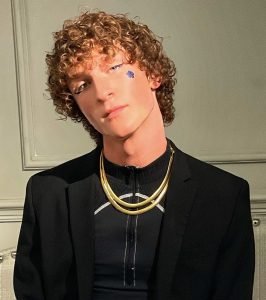 Zander Moricz is the youngest public plaintiff in the “Don’t Say Gay” lawsuit against Governor DeSantis and the state of Florida, as well as the Founder and Executive Director of the Social Equity and Education (SEE) Initiative. Since 2019, Zander has grown the SEE Initiative into a movement of over 1,000 Floridian organizers, leading the state’s student response to hateful legislation. With a current focus on the “Don’t Say Gay” law, Zander has given analysis on CNN and MSNBC as well as testimony to the Florida Senate. Recently, he went viral for a tweet discussing his graduation speech being censored with over 10 million impressions in 2 days. Orchestrating a statewide protest, SEE sent out 10,000 Say Gay stickers to be worn at gradautions across the state and raised $50,000 in three days to support young organizers. As the President of the Board at Florida Model United Nations, Florida’s largest independent Model UN program, Zander created an aid fund that established dozens of MUN programs in Title I schools and provides them with coaching, curriculum, and financial support. He is also the Central-Eastern Director of Communications for Diversify Our Narrative—a national organization with over 6,000 organizers. At his school, Zander serves as both the first class president to ever be elected all four years and as the first openly-gay class president.

Health & Safety Protocol for All Concerts