Listen to the Earth: Principal Personnel

For nearly four decades, James Grant has been commissioned by individuals, choruses, chamber ensembles and orchestras who have performed his music throughout the world. He is a past first-prize winner of the Washington Cathedral Choral Society’s choral composition competition; the South Coast (CA.) Choral Society’s International Choral Competition; the Louisville Orchestra Competition for New Orchestral Music; and, in 2002, was one of five American composers to win the Aaron Copland Award.

Grant’s colorful musical language is known by musicians and audiences for its honed craft and immediacy, and his ability to compose music appropriate to specific levels of experience has found him working with groups ranging from professional orchestras, choruses, solo recitalists, new music ensembles and ballet companies to community choruses, university choral and instrumental ensembles, and youth orchestras. His music is regularly programmed at music festivals, symposia, and clinics; and his desire to compose new music for a given repertoire and specific instrumentation has led to many successful consortium commissions, a concept championed by the composer.

An Emmy and Tony Award-winning actress, she was appointed by President Clinton to chair the National Endowment for the Arts and brought strong leadership to that organization during her four-year tenure. She is a lifelong environmental activist, passionately concerned about wildlife conservation. She is author of Wild Things, Wild Places: Adventurous Tales of Wildlife and Conservation on Planet Earth. Jane has traveled to some of the world’s most remote and forbidding places with scientists – the prophets of the wilderness – focused on helping endangered species to stay alive and thrive.

Terry L. Root primarily works on how wild animals and plants are changing with climate change, with a current focus on the possible mass extinction of species with warming. She actively works at making scientific information accessible to decision makers and the public. For example, she was a Lead Author for the Third (2001) and Fourth (2007) Assessment Reports of the Intergovernmental Panel for Climate Change and a Review Editor for the Fifth (2014) Assessment Report. In 2007 the IPCC was co-awarded the Nobel Peace Prize with Vice President Al Gore. In addition to other honors, Root was awarded the Spirit of Defenders Award for Science by the Defenders of Wildlife in 2010; in 1999 she was chosen as an Aldo Leopold Leadership Fellow; in 1992 as a Pew Scholar in Conservation and the Environment; and in 1990 as a Presidential Young Investigator Award from the National Science Foundation. She served on the National Audubon Society Board of Directors from 2010 to 2016, and as Assistant Secretary from 2016 to present. Root is also Science Adviser to the American Wind and Wildlife Institute, Boreal Birds Foundation, Point Blue, to name a few.

Recognized throughout Florida as a leading advocate for protecting the natural environment, he is a fifth-generation Floridian. Jon began his environmental advocacy at Venice High School in 1974 as a founding member of the Ecology Club, and in 1996 he was featured in National Geographic for his efforts to protect endangered species. He served as a Sarasota County Commissioner for twelve years and is now Senior Vice President for Community Investment with the Gulf Coast Community Foundation.

City of Sarasota Sustainability Manager since 2015, she has led a major study of the vulnerability of city infrastructure, worked to expand recycling and compost programs, and ban the use of plastic and polystyrene on public property. Degrees in zoology and sustainable development, and Peace Corp experience prepared her to lead the City’s Ready for 100 project

Dr. Emily Hall joined the staff at Mote Marine Laboratory in 2005.  She has been active in studying nutrient patterns related to red tide and more recently managing the Ocean Acidification Program to study the effects on coral reef ecosystems. Understanding the effects of these global problems on marine organisms is a top priority. Dr. Hall is an adjunct professor at Ringling College of Art & Design, where she initiated cooperative work between the artists at Ringling and the scientists at Mote to produce public outreach tools for marine and coastal awareness known as “The Art of Marine Science.”  She holds degrees from Mercer University and the University of Florida.

Dr. Tim Rumage is a planetary ethicist, naturalist and the Coordinator/Developer of Environmental Studies at Ringling College of Art and Design. Taking an interdisciplinary and systems thinking approach to education, he has been teaching at the intersection of Science, Ecology, Art, Design and Architecture for more than 30 years.  He is co-author of This Spaceship Earth.

Margaret Good is an American politician and lawyer. She is a member of the Florida House of Representatives (D-district 72).  In 2019, she announced her candidacy for Florida’s 16th congressional district, which has been held by Vern Buchanan since 2007.

Dave Raney is a long-time volunteer with the Hawai‘i Chapter of the Sierra Club, and a former resident of Fort Lauderdale, Florida. He made frequent dives in the Florida Keys in the 1960’s, when the reefs and fish populations were healthy and vibrant. In 1999 he was appointed to the United States Coral Reef Task Force, which afforded him the opportunity to join coral reef scientists on field trips to reefs in the Atlantic and Caribbean, and the U.S. Pacific Islands during the ten years he served on the Task Force. 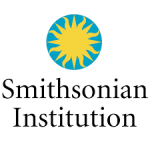