Education and outreach are an important part of the mission of Choral Artists of Sarasota. In addition to open rehearsals, an apprentice program for high school students, and Concert Insights, each year we award the Dr. Ann Stephenson-Moe Scholarship to a rising young singer.

The scholarship was named for Ann in 2022 to recognize her service to Choral Artists of Sarasota and to young singers who were lucky enough to work with her at Church of the Redeemer and Temple Beth Israel.  She is a tireless and inspired champion of young singers and helping them to realize their potential in music.  These young singers are essential to the continuation of choral music and Dr. Ann Stephenson-Moe has helped to develop many young voices to support the art form. 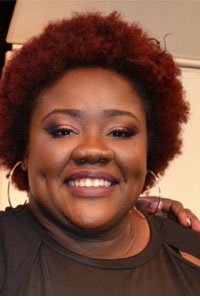 Teia Watson is a recent graduate from State College of Florida where she began her studies of Vocal performance under the tutelage of Melodie Dickerson. Teia was a member of the chamber choir, concert choir, musical theater and also a music ambassador. Teia has won countless awards at NATs but recently placed 2nd in Advanced musical theater women over 25 at the South Eastern Regionals held at FSU. Teia was chosen to represent SCF in Winter symposium’s music vocal competition for the year 2017 and 2018. Teia has starred in several musical productions at SCF. Her most notable roles were Asaka in Once on this Island and Aunt Eller in Oklahoma. Teia just finished her second year as an alto apprentice for the Choral Artists of Sarasota. Teia is now embarking on a new journey at the University of Tampa. She is continuing her studies toward a BM in vocal performance under the instruction of Dr. Hein Jung as well as a BA in psychology. 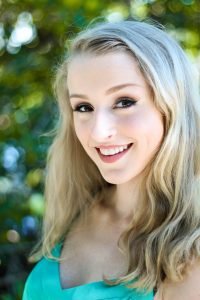 Katherine Herbert, soprano, has two main passions: opera and animals. She was recently admitted to the Juilliard School and won again the Second Prize at the Schmidt Youth Vocal in the 2018 competition in Florida. In 2017, Katherine won the Suncoast Music Scholarship for 11th grade. Katherine studied at the Schmidt Vocal Institute in summer of 2017 and also has studied at Westminster College in Princeton, N.J. for two summers. Katherine is active in the Sarasota Youth Opera (2009-2018), singing world premieres of princess roles in Little Nemo in Slumberland and Rootbaga County. Katherine sang at the 2017 Sarasota Festival of Vocal Arts. Katherine is a senior at Booker High School where she is President of the National Honor Society.